Age-related hearing loss is an increasingly common condition that can have wide-ranging health implications, yet it’s often under-treated.

Hearing loss is on the rise

Do you do your best to avoid noisy restaurants, increasingly complain that people seem to mumble and frequently find yourself resorting to TV subtitles because you can’t catch everything that’s being said in your favourite shows? If this sounds familiar – and you’re 65 or older – you’re far from alone.

Age-related hearing loss is one of the most common health conditions experienced by older adults. In the USA, it affects more than a third of the population between the ages of 65 and 74, and nearly half of those aged over 75. This pattern is reflected across the globe and, as longevity continues to increase, so will the numbers. By 2050, 910 million older adults worldwide will have some degree of hearing loss, according to an extensive report by UK charity Action on Hearing Loss.

Missing out on treatment

Yet, despite the availability of effective solutions, not everyone gets the right help. A mere one in three older people in the UK who could benefit from hearing aids have them, with hearing aid users waiting an average of 10 years before seeking help.

The situation for cochlear implants (CIs) is much worse. A 2013 study in medical journal ‘Cochlear Implants International’ estimates that just five per cent of UK adults who could benefit from CIs actually have them. Figures are similar in most industrialised countries and lower still for the developing world. So what’s going wrong?

What to consider before having a cochlear implant:

• Do you get enough benefit from your hearing aids?

• Does your hearing loss stop you doing things such as using the telephone or socialising in groups?

• If you’re considering a cochlear implant, would you be willing to commit to rehabilitation sessions with a speech therapist?

“Age-related hearing loss happens gradually so people may not notice at first, plus there’s still a stigma, which puts people off seeking help,” says Lendra Friesen, Assistant Professor in the Department of Speech, Language, and Hearing Sciences at the University of Connecticut, USA. However, the ‘Cochlear Implants International’ study suggests there’s also a lack of awareness of both the eligibility criteria and the potential advantages of CIs among medical professionals as well as the public.

Hearing loss in older adults has wide repercussions. It can make it harder to understand a doctor’s advice, respond to warnings and hear phones, doorbells and smoke alarms. In addition, research shows a strong association between age-related hearing loss and a number of potentially serious health problems, ranging from falls to depression and even dementia.

The link with depression is perhaps the most obvious. Lendra Friesen explains: “Research has shown that people with hearing loss withdraw from their social network and become more isolated because they can’t communicate and participate well. This may lead to an increase in depression symptoms.”

Meanwhile, a 2012 study published in the ‘Archives of Internal Medicine’ found that people with a mild hearing loss were nearly three times more likely to have a history of falling. Researcher Frank Lin, an assistant professor at the Johns Hopkins University School of Medicine in Baltimore, USA, believes this could partly be because people who can’t hear well might not have good awareness of their environment, making tripping more likely, and partly because hearing loss puts extra demands on the brain: “Gait and balance…are cognitively demanding. If hearing loss imposes a cognitive load, there may be fewer cognitive resources to help with maintaining balance and gait.”

Cognitive load could also help explain the link with dementia. Several studies have shown that people with mild, moderate and severe hearing loss have a two, three and five-fold increased risk respectively of developing dementia. So could treating hearing loss reduce this risk? Maybe. A recent French study found that cochlear implantation in combination with listening and cognitive training improved certain cognitive functions in elderly patients within six months.

Either way, treating hearing loss early can slow its rate. “Some studies indicate that wearing hearing aids can help slow down the progression of deafness and possibly cognitive decline,” says Lendra Friesen.

It’s never too late to better your hearing

From a medical point of view, there’s no upper age limit for receiving a hearing implant. On the contrary, several studies show that there are plenty of benefits for older patients. They understand speech better, they have more social contact, are more self-confident and enjoy an improved quality of life. This is the case even if they are over 80 or 90 years old. In fact, the oldest person in Europe to receive a hearing implant – in this case a cochlear implant – was 99.

It seems that the length of time that someone has been deaf is more significant than age. “Generally, the longer someone has had a severe or profound hearing impairment, the longer it will take for them to learn to recognise and understand speech after surgery. This is because the auditory part of the brain will begin to atrophy if it’s not stimulated,” says Lendra Friesen. So it’s best not to leave it too long after your hearing deteriorates enough for you to qualify.

Even when it comes to surgery-related risks, a 2014 literature review in medical journal ‘The Laryngoscope’ found no significant differences between older and younger patients as regards complications.

The first step: Getting an assessment

Assessments may vary internationally but they should roughly include:

• Hearing tests to determine your level of hearing loss, whether a hearing implant would be beneficial and, if so, the most appropriate type

• A hearing aid assessment or a trial

Hearing implant surgery is now routine, which means it’s considered low-risk. “Older adults are more likely to have underlying health conditions that could increase risk but the general state of health of each patient is thoroughly assessed first,” explains Lendra Friesen. 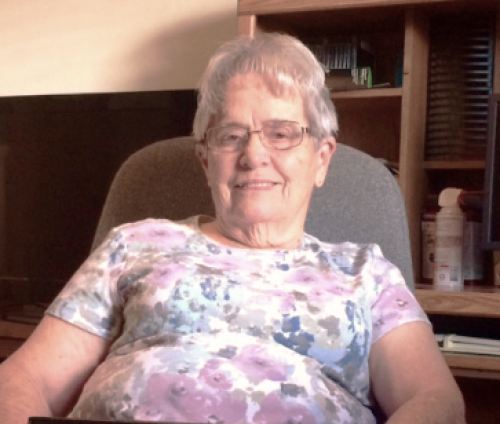 80-year-old Barbara is a bilateral cochlear implant user, and shares how life has been improving for her each and every day ever since she received her implants. She shares her experiences on the MED-EL blog. 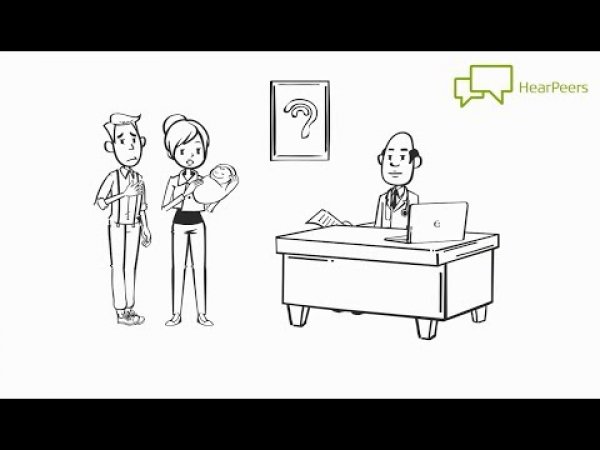