Parents with children suffering from hearing loss indeed face great challenges. But imagine having two children who suffer from the same impairment? Then the challenges are doubled. Nonetheless there are parents who have been able to overcome such a challenge. Meet Anan's and Banan’s parents Mohamed and Naglaa.

When did you first discover that Anan and Banan had a hearing problem?

We discovered Anan’s hearing loss when she was 14 months old, when something beside her broke, made a loud noise and surprisingly she wasn’t bothered at all. We were extremely worried. We went to a doctor straight away and she underwent a hearing test. That’s when we discovered that she had severe hearing loss.

As for Banan, we already had some background because of Anan’s experience. We had our doubts so we took her for the hearing test when she was nine months old and we found out that she suffered from hearing loss just like her sister.

How did you find this as a mother, Naglaa?

We had a very hard time at first because we had no means of communication with both girls except by crying and yelling all the time. Anything Anan or Banan wanted was always accompanied by crying. We had no other way of communicating. It was too difficult to go through this with both our girls.

After finding out your girls had hearing loss, did you take any action?

Yes! We started surfing the internet to learn about solutions available, specifically cochlear implants, and about outcomes and results. Through this, we found out that in their case going for a cochlear implant surgery would be successful and better than hearing aids.

We had already tried different hearing aids with Anan and Banan over several months but they didn’t work because their hearing loss was too severe. Finally, we decided to go with cochlear implants.

How old were they when they underwent the cochlear implant surgery?

Anan was three and a half years old. She got one implant in one ear in January 2014, then the second six months later. Banan got her first implant when she was two years and seven months old and less than a year later she received an implant in the second ear.

Could you notice the difference with the bilateral implant?

In Anan, for example, I saw the impact as soon as the second implant was implanted and the audio processor was switched on - after this Anan heard me very well. After receiving the second implant, she could accurately identify the sound’s source. She was aware that I was the one talking to her without turning around or looking for the sound’s source.

What is the message you want to send to the parents going through the same experience?

Our message to them is to never lose hope. Parents should expect to put in a great deal of effort with their children but it will pay off. It is important for parents to take swift action after recognising a hearing impairment in their children and to support them in every way possible. 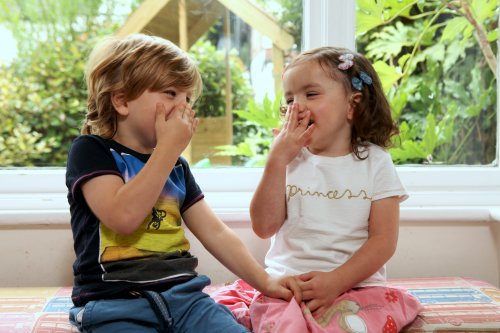 Story of twins who are both hearing impaired. Their parents share their experiences.

The journey might look difficult from afar; however, the closer one gets, the easier one can see the details and the opportunities. With Anan's and Banan’s parents’ support, love and closeness, their daughters could develop their skills and discover great possibilities in life; a life which is now open to them to achieve whatever they want to. 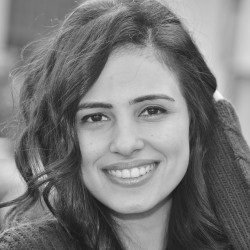 Nahla Karam is a writer and novelist who graduated from the Faculty of Information, Cairo University in 2010. She worked in journalism and film documentary, and is currently working as an editor and translator. She has published four books, two novels and two stories.

More from the collection Life of Possibilities

A Life Full of Possibilities


Reaching for the stars