The events of 2020 have, inevitably, brought many things into sharp focus: the preciousness of time with loved ones; the freedoms - travel, eating out, even shaking hands or hugging - we may hitherto have taken for granted; the value of toilet paper and dried goods, and the bliss of a good book.

The year also, of course, highlighted the ease - or not - with which what we do could adapt to a new set of circumstances. For many people, the shift to supervising education from home was seismic; for others, it was more of a sideways shuffle. For some, the advice to work from home required any number of adjustments to the structure of their days, and even the layout of their homes; for others, it simply meant opening the laptop on a different desk and drinking coffee from a different mug.

Yet for still others, one of the biggest realisations would have been that not all jobs are created equal - especially when it comes to relocating to ‘virus safe’ homes. For many, employment simply isn’t so transferrable. Either one must show up to a specific location in order to perform one’s job - for example, in a supermarket or hospital - or one must accept that their place of employment is neither essential nor sufficiently secure, and face a period of non-work - and, depending on government and employment provisions, non-pay.

Thanks to the omnipresence of Covid-19, it has been impossible to ignore the fact that many people, simply by virtue of the work they do, are more at risk than others in terms of contagion. Yet even aside from the virus, other health implications have. additionally, come to light. Just as people in some occupations are more likely to suffer from stress than others, some are more susceptible to other conditions and issues than others. One of these is hearing impairment.

At the beginning of this century, it was believed that a substantial number of people suffering from acoustic shock - which can occur when exposed to a loud and startling noise - worked in call centres. Indeed, most of the out-of-court settlements related to this issue were reached between call centres and their employees.

Acoustic shock – not to be confused with acoustic trauma - can create dizziness, ringing in the ears and difficulty hearing clearly. It is generally temporary but in some cases, can become chronic. Additionally, although caused by a sudden and unexpected exposure to increased noise levels, it’s thought that those who already suffer with stress and anxiety are more susceptible to it. In a year as tumultuous as 2020, during which concerns around mental health increased drastically, it’s not difficult to imagine the creation of a perfect storm - call centre staff, unable to move their employment to home, subjected not only to the stress of having to work among other people during a pandemic, but also to the stress levels of those with whom they engage on calls - plus workplace noise levels and, in some cases, the risk of acoustic shock.

It’s likely that the workplace, as we have traditionally known it, may never completely return to what it used to be and that many people will divide their time between home and the office. Yet while these kinds of employees are - rightly - insisting that their managers take steps to ensure that certain health and safety requirements, such as posture-friendly chairs and adequate lighting, can be met at home, it is just as important that those who do not have the luxury of working from home understand that they, too, should demand that their wellbeing, including the health of their hearing, is addressed. Examples include making sure that they are provided with proper headsets consisting of two earpieces rather than one, and being aware of legislative requirements that their employers must meet to protect them - for instance, in the UK, the Control of Noise at Work Regulations 2005.

Recent findings in the United States have also demonstrated that workers in the services sector have an elevated risk of hearing loss. The research, undertaken by the National Institute for Occupational Safety and Health, looked at audiograms for 1.9 million workers whose jobs expose them to noise and found that the prevalence of hearing loss in the services sector, which includes education, dry cleaning, laundry, landscaping and food service - again, jobs that aren’t readily done from home - was 17 percent, which exceeds the combined prevalence of all others sectors by 1 percent.

Additionally, certain subsectors, such as solid waste combustors and incinerators, had more than double the risk of hearing loss, while service providers in subsectors traditionally thought of as low-risk, such as teachers in elementary/ primary and secondary schools actually demonstrated a 26 percent prevalence.

It seems very likely that one of the dangers of working in an industry that doesn’t transfer to the more virus-secure environment of home is that employees within these industries may feel trapped by the constraints of their job - especially at a time when economic uncertainty and fears around job security are both running high . Yet it’s important to raise awareness of the fact that the limitations of such employment should not extend to all things - and certainly not hearing health. Having to go to a place of work may not be avoidable; occupational hearing loss, on the other hand, is - and employees must feel empowered to demand that their employers take steps adequately aimed at hearing conservation and noise reduction using, in the first instance, a Hierarchy of Controls. 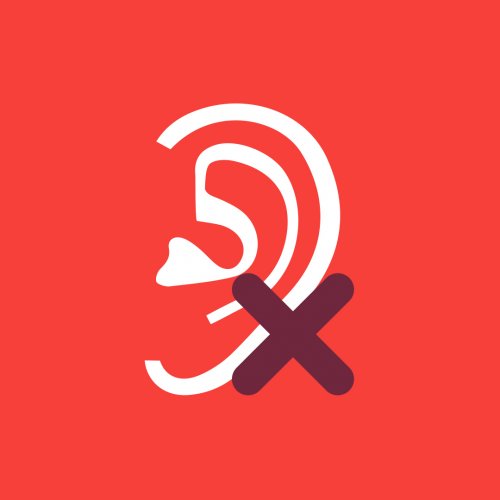 Hearing loss can interfere with life in lots of different ways, especially in professional life. MED-EL has tips for you on how to succeed with hearing loss at work. 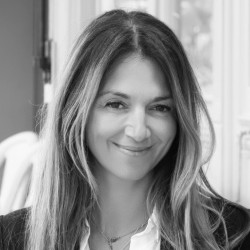 Australian-born Sarah Rodrigues studied Law and Classical Civilisation before turning to journalism, writing extensively on health, self care and wellbeing for a number of publications. She lives in London with her family and loves travelling and languages.

8 articles
More from the collection

What Does Work Mean to You?


The complex relationship between our working and personal lives