Success doesn’t happen overnight, as the saying goes – and that certainly applies to learning to hear with cochlear implants. So how can you best support an implanted child?

Ordinary, but not too ordinary

Back in 2015, we took a look at James Neethling’s daily schedule and it read like any busy 18-year-old’s. Besides the usual school and homework commitments, James was and still is a passionate rugby player, takes part in cross-country running competitions and plays cricket. He is also an accomplished painter, plays the clarinet and, like most young men, likes to hang out with his friends. That would easily be enough to fill up most people’s diaries.

Regular training is a part of James’ life, whether it’s for sport or learning to hear. As his mother, Kerry, says: “Just like in a race, you can’t stop until you reach the finishing line.”

The cover-picture shows a self-portrait of James, who has won awards for this art.

But for the past years ever since, there’s been a lot of changes to his schedule and something else, too: hearing practice. The Australian has been completely deaf in his left ear since birth and at the age of 17, he received a cochlear implant (CI). He also wears a hearing aid in his right ear. Since the surgery, the focus has been on building up new synapses in the hearing and speech centre of his brain. A teacher visits James at home three times a week for rehabilitation sessions and he practises with his family or by himself five times a week. “We have a strict routine,” says his mother, Kerry Neethling. James does four practice exercises, one after the other, every day, with his CI turned on and his hearing aid off. He listens to music and tries to recognise the song without looking at the name on his phone, he watches his favourite TV programme, ‘The Simpsons’, with the help of subtitles and he reads aloud and converses with his parents or with his younger brother in order to get used to the sound of different voices.

2014, James Neethling, from the Sydney area of Australia, had a cochlear implant (CI) fitted at the age of 17. Born completely deaf in his left ear and profoundly deaf in his right ear, he had managed with a hearing aid until then. James was originally assessed for a CI at three, but wasn’t considered suitable as he could hear a little in his right ear.
However, the criteria have since changed and implants are now given to people who are deaf in just one ear. This is because hearing in both ears makes it easier to understand speech in noisy environments and determine sound direction. It also aids learning.

Children who are implanted young can learn to hear and speak in a natural way. However, because James has received his implant in his late teens he needs to follow a strict rehabilitation programme, including regular practice at home.

What is the ideal age for a CI?

Seventeen is neither a typical nor an ideal age to receive a CI. So when is the ideal time? “The earlier, the better,” says Joanna Brachmaier, hearing implant manufacturer MED-EL's Head of Rehabilitation. “Hearing is the first sense to develop. Babies can hear noises as early as the 24th week of pregnancy.”

A child needs to be able to hear in order to develop speech. If a child can’t hear well, their brain may receive no or too little information, delaying the development of speech and language. The later the deaf child is provided with a hearing aid or implant, the more effort it takes for them to learn to hear and speak.

Research shows that for optimum results it’s best for a child to receive the CI before the age of two. Up to this point, the auditory cortex – the part of the brain that’s involved in hearing – has equal functioning capacity in both hearing and deaf children. But by the age of seven, its functioning capacity in deaf children is half that in hearing children and this continues to reduce over time. Children who don’t have implants early often find other ways to manage their condition. For instance, in class James always sits close to his teachers, while in rugby he plays in an outer position so he can have the best view of the playing field, as he can’t always hear the calls of the other players.

“Parents should support their child in a natural way.”

A key element to supporting children with CIs is to make the learning process fun. This applies both to sessions with the therapist as well as at home with the family. Because babies can’t give clear feedback about whether or not they have heard or understood something, speech therapists initially work with music. Helen Peebles, Principal Speech and Language Therapist at the Listening for Life Centre in Bradford, UK, says: “Most children love to sing and to listen to music.” Indeed, many CI recipients learn to play an instrument as soon as they are old enough.

With very small children in particular, the ‘training’ is essentially no different from the way any parents would interact with their children, for example by pointing to a picture of a cow and saying “moo” or to a fire engine and mimicking the sirens. “Parents should support their child in a natural way. They should play with a child who has a CI in the same way that they would play with any other child,” says Brachmaier. Rituals such as reading aloud, singing, telling stories, drawing attention to and naming noises, as well as playing age-appropriate games and meeting up with other children all support the development of hearing and speech.

But Brachmaier also warns that parents must find a balance and manage to support their children without asking too much of them. Specifically, that means allowing the child to pronounce words or giving him or her time to process what’s been heard and waiting longer for an answer than perhaps they’d normally expect to do. Common parental pitfalls include making comparisons with other children who are making quicker progress and buying really noisy toys, both of which Brachmaier advises against.

Anyone who’s ever learnt anything knows all about impatience and frustration. Hearing and speaking are key to good communication and if you’re unable to do these two things as well as those around you, this can feel quite isolating. As children get older, their ability to express themselves verbally becomes greater and so it’s more challenging for those with hearing impairments to follow conversations, as James Neethling has found.

“I think James had hoped he would make quicker progress,” says Kerry. “We were told that the process may take up to two years. He’s now about halfway – and just like in a race, you can’t stop until you reach the finishing line.” James is lucky. He’s getting plenty of encouragement from his parents, his brother and his friends. He’s also getting lots of support in school from his teachers and fellow students.

Kerry Neethling believes that it’s important her son shouldn’t feel that he has to work too hard on this. Practising should also be fun. And the reward system that his parents have introduced helps motivate him to work through his schedule, even when he feels that his progress is plateauing. They mark off each practice unit on a timetable on his wall and, when a month is complete, James receives a small present that he’s selected himself in advance. It works as a great incentive. 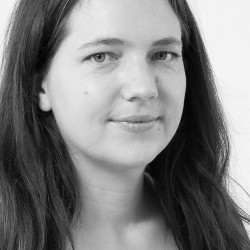 6 articles
More from the collection

More from the collection Family & Friends

You’ve Got a Friend