Prevent the assassination of JF Kennedy; buy shares in Apple when they were almost worthless; warn the people of south-east Asia of the devastating tsunami of 2004 before it hits; kill Hitler before he comes to power…

The to-do-list for journeys into the past is as fascinating as it is endless. In fact, the consequences of any such interventions in history are mind-bogglingly unpredictable. Thinking about it for just a few moments is enough to make the sharpest mind dizzy. What if the parents or grandparents of the person travelling back to kill Hitler would never have met without the displacement of people caused by the Second World War? If the mission were successful, it would mean that the time traveller would never have been born – and so would not have been able to carry out the mission in the first place! Indeed, any future journeys into the past should be undertaken only after careful consideration.

How to slow down time

A trip into the future, however, has been considered a possibility for some time now – though only at an ext­remely modest level. The person to have come nearest to achieving this so far is Russian cosmonaut Sergei Krikalev, who between 1988 and 2005, spent a total of 803 days in space, travelling at 27,000km per hour. A secondary effect of this is that, from the point of view of everyone on Earth, he has travelled one-48th of a second into the future. For, since Einstein’s theory of relativity, the world has known that the faster an object moves relative to another object, the slower it experiences time. So when Krikalev returned to Earth, he was one-48th of a second younger than he would have been had he never left.

This phenomenon is only really effective with higher speeds and longer journeys. If there’s ever a day when it’s possible to travel at 99.995% of the speed of light – travelling at 100% currently seems impossible – it would take 520 light years to reach the star Betelgeuse. While 10 actual years would have passed for the traveller, more than 1,000 years would have passed on Earth. Would anyone even still be interested in the travel report?

Russian cosmonaut Sergei Krikalev has travelled one-48th of a second into the future.

Wormholes comply with Einstein's general theory of relativity, which says that when two different regions of space are combined, two different time zones are also connected.

But there may be a shortcut. To under­stand it, imagine time as a rubber tube. It can simply lie on the ground and point straight ahead. Or, with a little force, you can bend it into a loop – and suddenly both ends are together. When transferred to time, think of the two ends as representing the present and the future. Sud­denly there’s only a tiny gap between the two time zones. This is the time travel model of US physicist Prof­essor Ronald Mallett who explains: “A person who ran around such a time loop would arrive at the beginning at the same point in time that they started off.”

According to Einstein, space and time are linked together, which is why physicists often refer to space-time. In 1949, Austrian logician Kurt Gödel established the theory that space-time can be distorted and twisted so that an object in it can move not only through space but also through time – right back to the starting point. As a result of this space curvature, a group of astronauts could fly straight and would return to their original starting point at the time at which they set off. This is known as the space-time continuum model.

And what about those legendary wormholes, which have already been crossed several times by 'Star Trek’s Starship Enterprise? Could they be used as a tunnel between different space-time zones? They also comply with Einstein’s general theory of relativity, which says that when two different regions of space are combined, two different time zones are also connected. For a wormhole, there needs to be very heavy masses in the vicinity, such as a black hole, which could cause tunnels in space through which objects fall and reappear at distant places. However, no one has yet proven it – wormholes are only theoretical constructs that exist to speed up the action in science fiction stories. Still, who knows what the future may hold? 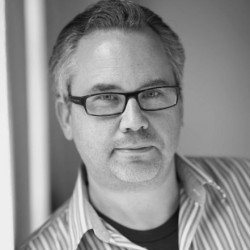 Thomas Röbke is a freelance editor based in Hamburg, Germany. He writes for a range of publications including TV guides, a history magazine, the Helmholtz Association of German Research Centres and renowned German newspaper ‘Die Zeit’.