A hearing implant is the only device that can replace a human sense, but it’s by no means an instant solution. In fact, the surgery is just the start of the process. Now, after nine months of regular auditory training and plenty of practice, Louise can enjoy a range of sounds, from the barking of her dog Skye to birds chirping.

After years of hearing little or nothing, many people regard the very first sound they hear with a cochlear implant (CI) as nothing short of a miracle. After all, it marks the beginning of an exciting new voyage into the hearing world.

"It was great that I was able to hear high-frequency sounds, but they seemed so alien and unusual to me at first."

But the operation is nowhere near the end of the story. To get there successfully, the brain has to learn to hear again in a totally new way – and this involves months of regular training sessions with an audiologist or speech therapist, plus plenty of practice in between. This period is known as rehabilitation.

“Auditory training takes time,” says Dr Andreas Lackner, an ear, nose and throat (ENT) specialist at the University Hospital Graz in Austria. One reason for this is that initially the world sounds completely different with a CI than with natural hearing. The first sounds are monotonous and tinny. Male and female voices often sound the same and speech is usually difficult to understand. But over time, the brain adjusts to the new noises and they become normalised.

Louise Skinner, from Gosport, UK, remembers the moment her first CI was activated in 2013. “It was great that I was able to hear high-frequency sounds but they seemed so alien and unusual to me at first – I didn’t really like what I heard,” she recalls. She needed approximately nine months to get used to her implant and to be able to recognise sounds such as birds tweeting, alarms and sirens.

How the brain learns

When someone becomes deaf, the auditory pathways in the brain are no longer stimulated and this causes changes in that area of the brain. “For people who have been hard of hearing for a long time, the regions of the brain responsible for hearing shut down. Over time, they also lose their ability to network with other areas in the brain that are connected with experience, feelings, language and understanding,” explains Dr Lackner. This means that recently implanted people may be able to hear a word but may not be able to assign any meaning to it. Or they may be familiar with its meaning but unable to relate it to their own experiences. “The former auditory pathway first needs to be reactivated and cross-linked with the other regions of the brain,” he adds. This takes place through auditory training, which is speech therapist Tina Wallerstorfer’s job.

Wallerstorfer and her team support CI users at the Wels State Clinic, Austria. “During the initial adjustment of the audio processor (the external part of the CI that sits behind the ear and picks up sound), it’s important to begin with a very low volume and to increase it gradually. Depending on how well the patient tolerates volume, this can take two to three months, up until the final adjustment has been achieved. Then the hearing training can begin,” says Wallerstorfer.

Rehabilitation is a vital part of learning to hear with a cochlear implant. MED‑EL, leading manufacturer of hearing solutions, is eager to support hearing implant users in getting the most out of their new hearing.

The duration of this training depends on various factors. “On average, you can expect rehabilitation to last about a year,” she says. “But there are users who develop a good understanding of speech after only three months, while for others it takes longer than a year.” The shorter the period of deafness before the operation, the shorter the rehabilitation period is likely to be. People who have had a hearing device in the past also have an advantage, as their auditory systems have been continually active. And people who are deaf in one ear but still hear well in the other won’t need to work on understanding speech as much, but they will have to learn to reconcile the two different types of hearing.

People who have been deaf in both ears for a longer period of time need patience. While they will hear sounds again, it’s not usually possible for them to be able to follow a conversation right away. “Hearing and understanding are two different things,” explains Wallerstorfer. “Those with a long-standing hearing impairment will have to learn how to understand sounds again. This process takes place in the brain and means that the brain’s hearing centre must be reactivated.”

Training begins with the perception of simple noises, such as the flow of water from a tap or the ringing of a doorbell. The users are accompanied through increasingly complex exercises, right up until speech recognition. “However, lip reading and gestures often remain a part of communication for CI users,” says Wallerstorfer. “For this reason, the greatest challenge is telephone conversations, although some people manage this very well.”

Motivation is the essential thing

But it’s not just physical factors that affect the period of time between implantation and understanding speech: “The motivation of the individuals involved is particularly important. They need to remain on the ball at the starting phase, and actively participate in the process,” she adds.

Louise Skinner always felt motivated: “I never took off my audio processor during the day, and I always stuck to the practice schedule. In the end, the hard work paid off.” Today, more than three years after the operation, she wouldn’t want to be without her implant again: “My entire life has changed; I’ve become more self-assured. Now, I can actually start a conversation instead of just smiling and turning away.” And she’s even found her dream job, helping deaf schoolchildren to communicate – before her implant, this would have been impossible.

CI users who became deaf as adults can fall back on their old skills during hearing training, and may be able to manage well with just one CI, even if they are deaf in both ears. However, children who receive implants may never have been able to hear naturally and for this reason, it’s important to provide them with implants for both ears as soon as possible. Deaf children who receive implants by the age of about three years old have a greater capacity to learn to hear than those who receive them at an older age. This is because the auditory part of the brain will be partly reassigned to other functions if it’s not stimulated by sound after the first few years of life. In fact, children who receive CIs early in life can learn to listen and speak in very a natural way, including through play. 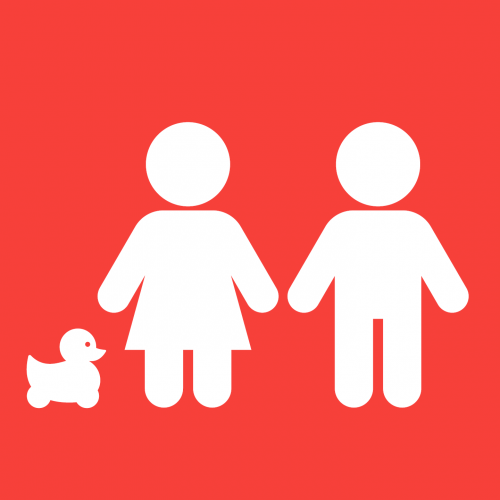 Cochlear implants can help deaf children achieve an astonishing quality of hearing and speech – but for best results the operation must be carried out before their first birthday. Read all about it in our dedicated collection.

More from the collection Rehabilitation