Music is universal, reaching us all in different ways regardless of our gender, age, or background. We listen to music whether it’s at a concert of our favourite band, singing in school or church, listening to the radio, or simply singing Happy Birthday to a friend.

Can you remember the first music you ever heard or recall a memory from just hearing the chorus of a song? Was it a nursery rhyme sang by your mother as a child or the song played at a wedding?

Music is so powerful it can connect us to moments in time, to places, events, childhood memories and to people. It can evoke feelings in us that we haven’t felt in a long time and stir up emotions. In short, music is powerful!

We talked to one lady about her life as a professional musician and being mum of a child with a hearing loss.

Celloist Emma Denton forms one quarter of the Carducci Quartet, one of the UK’s most successful string quartets. Married to Matt, violinist with the renowned quartet, the musical pair have travelled the world sharing their passion for music far and wide. But you don’t have to cross the seas to find evidence of the influence that their shared love of music has had. At home here in the UK, their two children Charlie and Daisy, aged eleven and nine, have followed in their parents’ footsteps and can already play five instruments between them - despite Charlie being born profoundly deaf.

Just like her children, Emma’s love of music began at an early age. Born to musical parents, Emma began learning to play cello at the tender age of three, taught by her mother Caroline who is founder of the Gloucester Academy of Music. Her father Alan, also a talented musician, was a Professor at the Royal College of Music, and so Emma grew up encompassed in music and fuelling her passion for music.

We jump forward to today and ask how the power of music has shaped Emma’s family, discover her favourite musical piece and why, and she shares her tips of making music accessible for young children.

The role of memories and emotions

Shostakovich’s Eighth String Quartet is one of Emma’s personal favourites when playing with the Carducci Quartet. The piece was written after the bombings of Dresden during the 2nd World War, with Shostakovich dedicating the piece to all the victims of the war. Emma describes playing the piece as “… mentally going on the journey with him and living every note through it.” It’s a very emotional and draining experience told only through music.

The emotional reaction to music is also felt by Emma’s beloved father Alan, who was diagnosed with Alzheimer’s in 2012. Emma explains that music is now the only way that she can connect to her father when they visit him.

“We love to play to him as a family and have this connection with him, it’s especially great for the children. Music gives us these connections now that the language isn’t there and the children even sing nursery rhymes to him which stay with him.” says Emma.

For Alan, listening to his family arouses emotion in him which may unlock memories and it’s wonderful that his family are able to share these precious moments with him and have this once lost avenue of communication, another incredible example of the power of music.

When we play music to him, he comes alive. He will hum along and say things like 'wonderful' and sometimes he even cries. It's amazing to see how music is the one thing that can still evoke a reaction from him.

Philip Glass: String Quartet No.3 'Mishima' VI Mishima/Closing performed by the Carducci String Quartet. Celloist Emma Denton and her husband Matt, violinist with the renowned quartet, have travelled the world sharing their passion for music far and wide.

Emma also told us how she used to use music to connect to Charlie before he was even born. Lots of pregnant mothers play music to their babies or sing to them whilst they are in the womb, and a body of research suggests that prenatal exposure to music may influence brain development. Emma was no different and tells us how she would play her cello whilst being pregnant with Charlie, and how he would kick like crazy when he could feel the vibrations when she played loudly.

Needless to say, it came as a shock to Matt and Emma when Charlie failed his newborn hearing screening, and medical professionals later diagnosed him as profoundly deaf. But, as a family they haven’t let this hold Charlie back from doing anything, especially in relation to music – he can already play piano, violin, guitar, and he is about to start learning to play drums!

Charlie now hears through his bilateral cochlear implants, which were implanted at the age of three and a half. Charlie still connects to music and the world around him without his cochlear implants; sometimes when he’s tired he removes his audio processors (the external parts of his implants that collect sounds) as he likes to feel vibrations of sound, especially thunder, when he’ll run in to the garden to feel the vibrations from the storm.

Both Charlie and his younger sister Daisy love music, Charlie likes to play classical music but also loves Ed Sheeran and has taught himself to play the chart topper ‘Castle on the Hill’ and Daisy loves pop music artists, particularly Bruno Mars. Charlie thought all families were like his and came home from school one day in his first year slightly confused as he proclaimed that he had just discovered that Emma was the only mum that played music for a job as he just presumed all the parents did!

We took the opportunity to ask Emma about her top tips for other family members wanting to introduce music to a little one.

Music for the little ones

“Start as early as possible! When Charlie and Daisy were very young we introduced them to a range of percussion instruments suitable for babies and toddlers. They both loved making different sounds and it was great for their motor skills, picking up shakers and banging on tambourines.”

As a family they also used to sing nursery rhymes together and added their own rhythms and played copy-cat games, where Emma would play a rhythm and encourage them to play it back to her on a percussion instrument of their choice. It was one of their favourite games and it was also hugely beneficial to Charlie’s listening skills.

As they get older Emma recommends encouraging them to join a choir if possible as all young children like to sing and it is also a great way of making music with friends and exciting to be part of a group too. Emma also suggests encouraging children to try different instruments as some people will be more suited to a particular instrument and some instruments they may struggle with whereas others they will play naturally.

In the UK MED-EL runs a music grant competition annually for their hearing implant users giving them the chance to win an instrument of their choice up to £500, plus a year’s free music lessons. 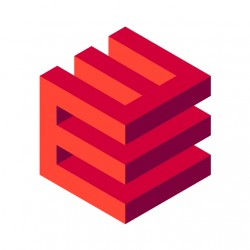