The story of Henry

Henry has been in a nursing home for 10 years. He sits slumped in a chair, inert and unable even to recognise his own daughter. The moment he starts listening to music, his eyes fly open, his face becomes expressive and he starts singing. A moving film clip showing his response, went viral when first shared on YouTube.

Henry was part of US social pioneer Dan Cohen’s non-profit-making Music & Memory project, to provide older people with personalised playlists, using iPods. The documentary ‘Alive Inside: The Story of Music and Memory’ was selected for this year's Sundance Film Festival. It follows his work for three years, depicting older people like Henry with memory loss ‘awakened’ when they hear music from their past.

It vividly illustrates the power of music as the ‘quickening art’ – so called by the philosopher Kant, because of its ability to bring people immediately to life – and adds to the increasing number of examples of its benefits in boosting health and wellbeing in older people. A growing body of evidence suggests music can reawaken memories and connections with other people for dementia patients, improve physical functioning in Parkinson’s disease and help restore speech after stroke.

Nursing home residents like Henry, with dementia and other cognitive challenges, seem to be transformed from virtual automatons, into bright-eyed individuals, singing along, dancing and taking part in conversations, as soon as they start listening to music.

Quickening means bringing back to life

Oliver Sacks, Professor of Neurology at the NYU School of Medicine, New York, USA, explains the dramatic effect: “Henry has been quickened – he’s been brought to life. In some sense, Henry has reacquired his identity for a while, through the power of music.”

He notes that the benefits continue for some time after listening to the music, so people who do not usually communicate, are able to participate in conversations and answer questions. Research studies show that music therapy can reduce the behavioural and psychological symptoms of Alzheimer’s disease and other forms of dementia, and improve social skills and quality of life. A UK study recently demonstrated that participatory singing sessions noticeably improved the mood and wellbeing of patients, staff and visitors to a ward for older people.

Use of a device called a Silver Song Music Box – which plugs into a television or speakers to provide piano accompaniment for well-known songs – halved instances of challenging behaviour. The programme has also produced improvements in breathing and physical health in people with chronic obstructive pulmonary disease (COPD). Generating an internal musical rhythm has been shown to help people with Parkinson’s disease to improve their co-ordination of movements, walking and tasks they previously found difficult.

More recent research has demonstrated that stroke patients, unable to speak after damage to language areas of their brains, can relearn to say phrases by singing them first. Gottfried Schlaug, Director of the Music, Neuroimaging and Stroke Recovery Laboratories at Beth Israel Deaconess Medical Center, Boston, USA, suggests: “Music might be an alternative medium for engaging parts of the brain that are otherwise not engaged.”

If you stop playing music the brain continues to profit into older adulthood – 40 years after music lessons stop.

Music can also play an important role in sustaining healthy ageing. The first controlled evaluation of the health benefits of a community singing programme in the UK has just reported, that measures of health are consistently higher in older people taking part in singing groups, compared with those that do not.

“We wanted to know if singing in a group made a difference to older people’s physical and mental health, compared with their usual activities,” explains Stephen Clift, Professor of Health Education and Director of the Sidney De Haan Research Centre for Arts and Health at Canterbury Christ Church University, Kent, UK.

His research group randomly allocated more than 200 healthy volunteers (aged over 60), either to 12, weekly Silver Song Clubs led by experienced musicians, or to continue with their usual activities. Questionnaires showed significant and sustained improvement in self-rated measures of mental health among singers, compared with the control group.

Singers had reduced anxiety and depression and their physical health scores also improved. They enjoyed the social element of taking part in singing clubs. Says Professor Clift: ‘When people sing together, it produces something no one alone can produce, and has a kind of transcendent aspect.”

His findings revealed that music provides older people with ways of understanding and developing their self-identity, and provides strong associations with memories. It also helps maintain wellbeing, enables people to experience and express spirituality and provides an important focus for socialising.

According to Dr Hays: “This may explain music’s particular value in older people, as it is the social aspects of life that can be most affected by old age. Older people describe how music allows them to engage in imaginative play and to escape from some of the hardships experienced in later life.”

Reaping the benefits of childhood music

A US study showed that older adults who took lessons when young – even just for a few years before discontinuing – can process the sounds of speech faster than those who did not and are better able to hear targeted sounds in a noisy environment. 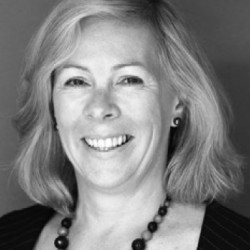 Susan Mayor has twice won the ’UK Medical Journalist of the Year’ award from the Medical Journalists’ Association, as well as a Communiqué award for her book on new drug development. Following a PhD from University College Hospital London, post-doctoral research and several years as a university lecturer, she trained as a journalist and editor for a leading publisher, before becoming news editor of the British Medical Journal.