1990 – what a year! Apartheid is crumbling, along with the remnants of the Berlin Wall. The Hubble telescope reaches outer space and scientists Ingeborg and Erwin Hochmair form a company to help deaf people hear again.

MED-EL in the early days

Back in 1975, electrical engineers Dr Ingeborg Hochmair and Professor Erwin Hochmair began developing cochlear implants (CI) at the Vienna University of Technology, Austria. Fifteen years later, they formed a company, with just three employees – electronic engineers Wolfgang Fitz and Alexander Mayr, and marketing expert Sebastian Foidl. Today MED-EL has expanded to an impressive 1,500 employees in more than 100 countries around the world. But those original three employees liked it so much they stayed. We ask them about those early days, how things have changed and how they see future developments unfolding.

How did it all begin?

Wolfgang Fitz: Dr Norbert Nessler from the University of Innsbruck was looking for two technicians for a project run by Erwin Hochmair, and Alexander and I were recruited.

Alexander Mayr: We started in October 1985 at the Institute for General Electrical Engineering in Vienna’s Gusshausstrasse and on Shrove Tuesday (Pancake Day in the UK) 1986 we moved to the University of Innsbruck. Wolfgang and I were almost exclusively working on the CI project so when Ingeborg and Erwin decided to found MED-EL, we were immediately part of it.

Sebastian Foidl: Around then, Ingeborg was looking for employees outside the university for the first time and engaged a recruitment consultant. I took on the marketing and sales. At the time, the company’s address was still Ingeborg’s private address and we had a small room in the university with one desk and a telephone. My first contacts were university contacts, the primordial soup of all the world’s implant developers, so to speak. In those days, there were 10 universities involved in this field. I tried to convince them to work together with us and they became our first clients.

Fitz: We worked at home in our living rooms, and the storage room for one part of the implant components was in Ingeborg’s cellar. Our first employment contract is still valid today. It states: “You must do whatever is necessary” or words to that effect.

Foidl: It was a university firm with a university spirit. In the beginning, the implants were financed by the hospitals’ scientific budgets as well as by private funders. Now the public authorities are paying, at least in western countries. Also, the implants were only available for people who were profoundly deaf in both ears. Over the past few years, the criteria have become more flexible, which has worked to users’ advantage.

Fitz: We had to try out everything ourselves. And if something didn’t work out, we simply added one or two late nights. There were no regular working hours; we worked until the job was done. That way our products made it to the marketplace very quickly. We couldn’t get many of the parts we needed from the USA and Japan through customs so we got them sent to Germany and brought them over the border to Austria by car.

Mayr: We could all try things out a lot and implement our own ideas so the atmosphere inside the company was always very motivating – and it still is. 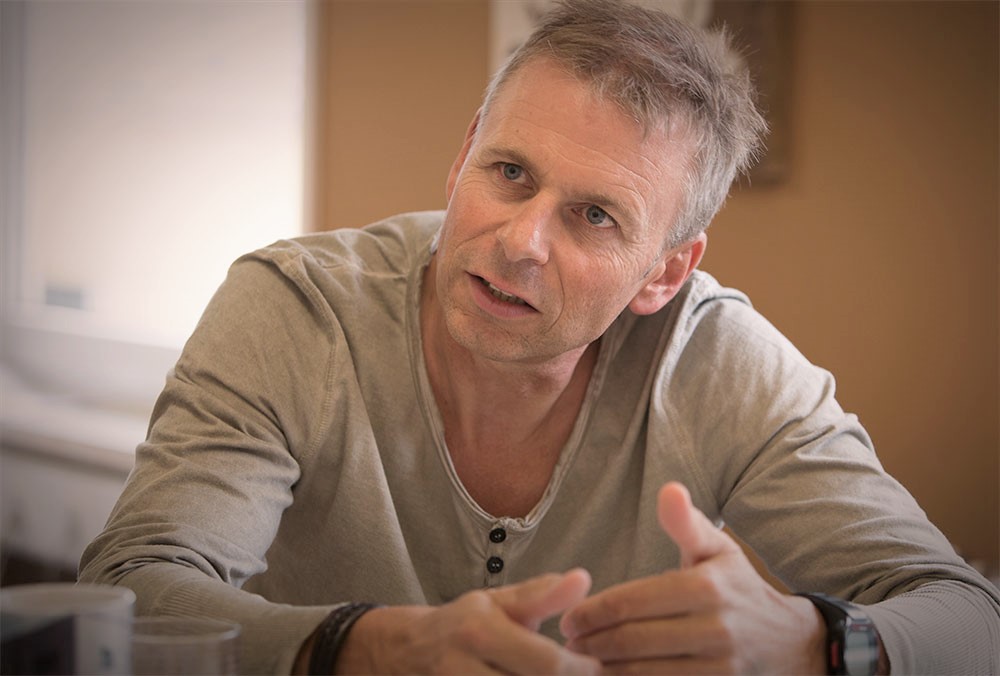 Work-life balance: Never thought about it much.
Science: It’s our strength and the Hochmairs’ driving force.
Hearing loss: We can eliminate it.
Children: They’re our future and don’t have to grow up deaf.
Past: Usually good that it’s gone.
Future: Brings challenges and changes.
Life to me is about... achieving professional and personal goals, being able to enjoy sports, family, friends, holidays...

What has changed over the past 25 years?

Foidl: In my area of work, everything is different now. Then we were one of those garage firms. We had neither mobile phone nor email, worked with telex and fax, with printed folders and handmade slides. Our first laptop weighed 25 kilos (just under 4 stone). With this ‘dragtop’ we travelled around the world and adjusted patients’ CIs.

Mayr: With short decision-making processes and a few extra shifts, we could achieve extraordinary things then. These days, we are very big, so things don’t work as fast. Also, the requirements and regulations by governments and other institutions have markedly increased compared with the old days. The biggest change in the technical department came with chip technology and the associated technical possibilities. This is one reason why our implants are improving all the time: our scientists’ ideas are achievable and financially feasible.

Fitz: The production cycle is basically the same as it was 20 years ago, with one difference – then we built more by ourselves such as centrifuges out of record players. Now we buy the machines. Also, employee protection and working- time regulation have changed massively; those things didn’t exist in the beginning. We had the chance to get to know all sectors of the company but today employees have their own defined area of work and don’t know very much about other areas of the company. 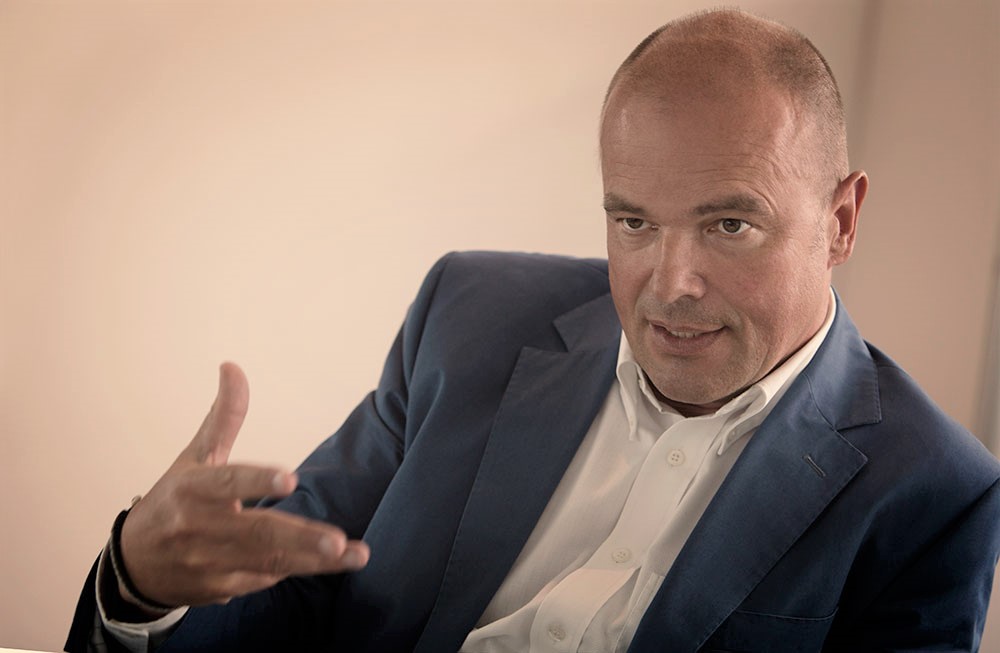 Work-life balance: Of course, it’s important to get a balance but that doesn’t mean I turn my mobile phone off.
Science: Cool! I’m hooked!
Hearing loss: We people with normal hearing can’t really understand what this means. For me, even wearing a skiing helmet is a strain.
Children: The ones we’re working for.
Past: Small and unimportant.
Future: Too big.
Life to me is about... leaving one’s mark, being needed by people.

What do you think the coming years will bring?

Mayr: I think that our area has a promising future but public money is scarce in healthcare. One growing problem is the global economic pressure for implants to become cheaper due to governments’ restricted budgets, plus there are increasing regulatory demands. This might slow down innovation, meaning that old products will stay on the market for a very long time. I hope that innovation and good products will win through.

Fitz: The health industry is in a state of upheaval. There is relatively less money available and the price of CIs will fall further, due to economic pressure and greater competition. Whoever brings real innovation to the marketplace will win large market shares. A fully implantable CI, for example, could drastically change the market if it is cheaper than good hearing aids. The target group would snap it up.

Foidl: I’m very optimistic about the future. There is plenty of potential for a company that produces products to replace human senses or body functions. The devices will become smaller, easier to use and I am sure that fully implantable prostheses will attract even more patients than now. So, there are ample opportunities. A good technical company with competent people always has a future. 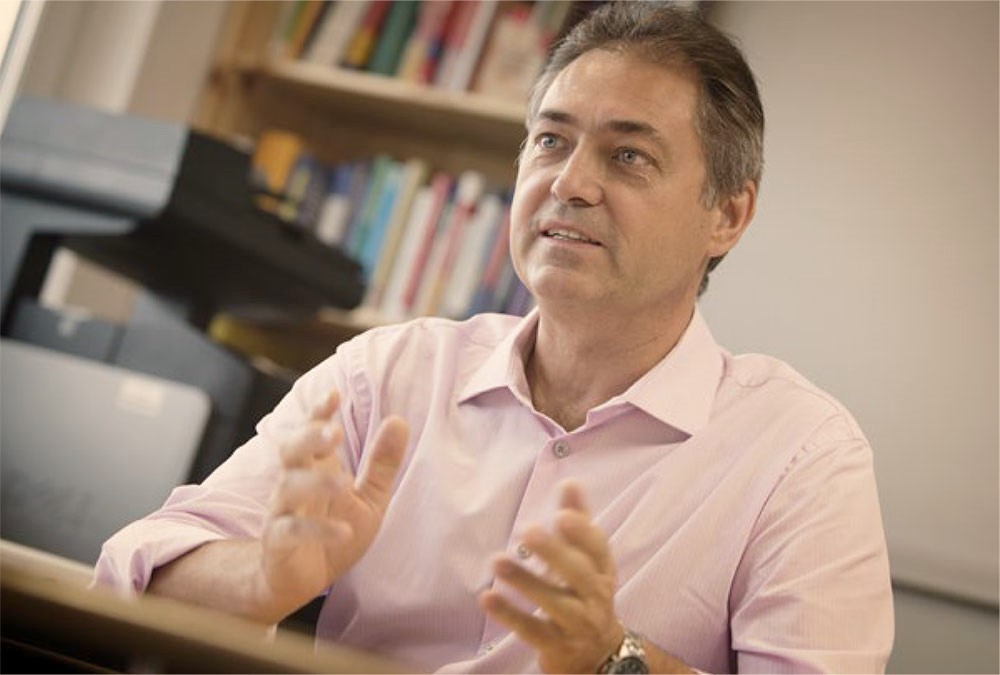 Work-life balance: Work is fun for me – I don’t need a division between work and leisure.
Science: Target-oriented support.
Hearing loss: Can be overcome.
Children: Should not grow up deaf.
Past: Learn from it and still stay open for change.
Future: Look into it optimistically and do your bit.
Life to me is about... actively taking part.