Is your work an important part of your identity or a necessary evil? Do you do it for love or money – or perhaps both? The relationship between our working and personal lives is more complex than ever.

A work-related journey through time

Work has enjoyed quite an image makeover through the centuries. Back in Ancient Greece and Rome, it was a forced activity for slaves and servants, considered dirty and undignified. Then Christianity came along and elevated it as a great virtue. In the words of St Paul: “If anyone is not willing to work, let him not eat.” That approach still holds sway today – though people naturally have different opinions of it.

But in general, the attitude towards work has steadily improved since the late Middle Ages. Rather than being viewed as a cross to be borne, it’s now often a source of social status and pride. In fact, many of us are often so deeply involved with our work that it forms a big chunk of our personal identity. Industrialised nations have developed into working societies, where work does more than just put food on the table – it gives meaning to our lives and boosts self-esteem.

"Being a self-employed creative, I see work as one big field of experimentation."

So over the past couple of centuries, work has become fairly well accepted and valued – at least for the people who are in skilled professions.

Work as a daily pressure

Nevertheless, at least for most people, work has probably never quite reached the stage of being loved unconditionally. That’s no doubt because there’s always an element of pressure and an underlying element of force.

Most dictionaries define work as, among other things, something that is done or made, an activity, the act of performing a task, something done for money… But it is also described in terms of physical and mental exertion, an effort, a strain, a burden… This is closer to how some people would define paid employment.

Perhaps that’s because so many people have little or no freedom to make decisions in their jobs. Some people spend their time at work occupied with what feels like meaningless procedures. They feel discouraged, under intense pressure, undervalued or underpaid.

"Work is a must that hopefully, in the right setting, becomes a joy. Something we all need, but that so often is treated in principle as anathema."

New approach to even out work-life balance

However, an increasing number of companies are realising that bullishly issuing instructions does not enhance the productivity and creativity of employees. Back in the days of Henry Ford and his production line, executing one task after another was the perfect way to work: screw in, nut on, tighten. Done. Next… These days, in the West at least, the working world consists mainly of knowledge and service industries. Companies are now acknowledging how beneficial it is to give their people freedom and support them in their personal development. This encourages employees to be creative, independently responsible, enthusiastic and communicative with their colleagues, and to cope well with setbacks and learn from mistakes.

We want to feel useful

Most of us want to contribute to something constructive and be helpful to other people. It’s human nature. Paid employment is just one way this can be achieved. All around the world, people volunteer to do unpaid work for conservation groups, environmental groups, charities, support groups or refugee centres. Then there’s personal work that people do for themselves and those around them: housework, taking the bins out, changing nappies and bringing up their own – or other people’s – children. They care for elderly people, tend to their neighbours’ gardens, look after stray animals and clear up rubbish.

Work is about having a task. New tasks challenge us and make us grow. If we wish, our work can encourage us to get out of our comfort zone every single day. And when we do that, we learn. We are learning, developing and evolving throughout our lives – and these things can only happen when we leave our comfort zone. No one ever won a marathon by sitting on the sofa. Effort improves us. Whether or not that comes through work that's paid is irrelevant to the development of our personal strengths.

"Your work is important, but don’t take it too seriously!"

"Work, unless you are born a millionaire, is the only way to an independent existence."

But what can we do about it if the work we do is not fulfilling? If you are unable, or unwilling, to change your situation, you can still stop and think about the advantages that your work already offers: money, purpose or social interaction, and ask yourself the question, “What do I need for this situation to change for me?”. This might be outside your comfort zone too. But it is worth taking that step beyond it.

This approach requires you to be aware of your own potential. We are all born with a treasure trove of talents, and from a young age we hope to make the most of everything that we have concealed within us. We want to be noticed and accepted, taken seriously and valued. For schools and parents, that means looking beyond the standard curriculum towards encouraging the individual.

"I don’t work; I have fun all day long! Because I have my dream job as a freelancer."

That doesn’t just apply to people with special needs, although when it comes to people with hearing, visual, mobility or other impairments, it's especially important to support their talents. But it could be said that all of us have special needs because we are all unique. And we are all gifted in our own unique ways. Yet there is one thing we all have in common: we need work and tasks in order to really live our lives and grow. 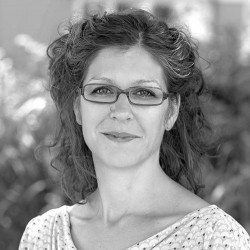