Wonder why you’re so tired all the time? It could be that your routine clashes with your natural biorhythms.

Student Ella never needs an alarm clock to help her get to lectures on time. Every morning, the 22-year-old wakes up naturally at five o’clock and – while her housemates are all still soundly in the world of nod – she’s up and about and getting things done. It’s unusual for a student – and she’s used to her friends shaking their heads in bewilderment.

Ella is what’s popularly referred to as a 'lark'. In chronobiology – a science that deals with the biological, physiological and psychological rhythms of people and animals – there’s a clear distinction between early risers and night people, who are known as ‘owls’. The latter feel more and more awake as the day goes on and are at their liveliest in the evenings, but they find it difficult to get out of bed early in the morning. For larks, on the other hand, the day can’t begin early enough. “I’ve often already done a lot of tasks by seven o’clock before my housemates are even awake,” says Ella. On the other hand, she’s ready for bed very early in the evening and probably misses out on much of the student party scene.

“Your chronotype is largely genetically determined,” says psychologist Christine Blume, who researches chronobiology at the University of Salzburg. “Most people are a mixture of the two types – neither a true owl nor a true lark,” she explains. Known as ‘hummingbirds', these middle-ground types are happy going to bed at average times and getting up at around seven or eight o’clock.

Although there are usually slight changes over the course of our lives, our basic chronotype is retained. For instance, younger children tend to be early risers, while many teenagers mutate into owls, but Blume says that, after this, we revert to type, right up to old age.

Ideally, we would all be able to follow our own individual rhythms, according Nuremberg-based sleep coach Christine Lenz, who has a keen interest in chronotypes. “Of course, it’s not always possible to live exactly to your natural rhythm, but you can customise your daily routine to fit with it as much as possible,” she says.

The chronotype plays a significant role in working life: “Owls find it difficult if they need to be at work as early as seven or eight,” says Lenz. She tells the story of a client who was on the verge of being fired. This young woman had major concentration difficulties, especially in the early morning, which had a negative effect on her performance. After a talk with her manager, she was allowed to begin work every day at 11 o’clock. “After two months, she was the employee of the month,” says Lenz, delighted. “You can’t change your chronotype, but you can adjust your life to it.”

Lenz advises companies as well as individuals. A successful team needs larks, owls and hummingbirds. Early and night people are said to have certain characteristics, with owls being particularly creative and larks acting very precisely. “Different abilities and talents are what generates the success of a team or a company,” says Lenz. While larks are at work very early in the morning, owls prefer to turn over in bed, heading over to the office later in the morning. According to Lenz, ideally meetings should be scheduled at times that work for both larks and owls, for instance late morning.

In 1999, a famous study led by renowned US sleep researcher Charles A Czeisler, showed that the biological rhythm of a normally active person has, on average, a length of 24.2 hours, which basically fits around the dark-light cycle. “This cycle length is considered to be similar for everyone, wherever they live in the world,” explains Christine Blume. During these experiments, the subjects spent 30 to 35 hours in a slightly darkened room, and sleeping was forbidden; they were only allowed to lean slightly – as if they were reading in bed.

They were given small meals hourly so the food provided no clues as to the time. Blume says, “Levels of the hormone melatonin, which is formed in the pineal gland in the brain, were observed.” This ‘sleep hormone’ is what regulates our day-night rhythm. Measurements were made when the melatonin count was at its lowest then when the hormone started to be released, causing sleepiness. “When the melatonin level dropped back again to its lowest point, the cycle was complete,” she explains.

Our internal clock is more than just a myth

A main player in our biological rhythm is the ‘internal body clock’, based in a part of the brain called the hypothalamus. Natural light is the main element that influences our internal clock but other factors, such as artificial light or time change, also affect it.

Because of this, the internal clock must often be reset, for instance if you’re doing shift work. Adapting to getting up in the dark and going to bed in the light can be difficult but it’s possible for shift workers to influence their internal clock, for instance by wearing sunglasses on the way home after a night shift. This keeps away bright daylight, which would otherwise suppress the release of melatonin, making it difficult for them to sleep.

Some medications work better at certain times of day. The science of chronopharmacology explores this subject. For example, it’s been discovered that H2 receptor antagonists, prescribed for stomach ulcers, work best in the evening, while high blood pressure medication should be taken first thing in the morning.

Jetlag also requires a resetting of the internal clock. Lenz advises: “Adapt to the time at your new destination as soon as possible – avoid napping during the day and try to stay up until the evening.”

What makes you tick?

You probably know broadly what category you fit into, but to get to know your own biological rhythm in more detail, spend a few days consciously paying attention to your needs. When do you get tired? When are you at your most energetic? When are you hungry?

“During this time, go to sleep when you’re tired, let yourself wake up naturally, and eat when you’re hungry rather than at conventional meal times,” suggests Christine Blume. Of course, you’ll need to choose a few days when you don’t have to follow a fixed schedule, and it’s also important that during this phase, you don’t look at your computer or mobile phone in the evening, as the blue light these devices emit interferes with sleep.

In this way, you’ll become more aware of your natural peaks and troughs and can plan your activities accordingly. “For instance, I know that I should go to sleep between 11 o’clock and midnight. I then sleep for seven and a half to eight hours, and feel fit the next day,” explains Blume.

Ella has discovered herself that she’s at her best up to midday. “In the morning, I do the tasks that require the most concentration and energy,” she says. Even the people around her benefit from Ella’s lark tendencies. “A friend regularly recruits me as her alarm clock if she's got an important appointment in the morning,” she laughs. 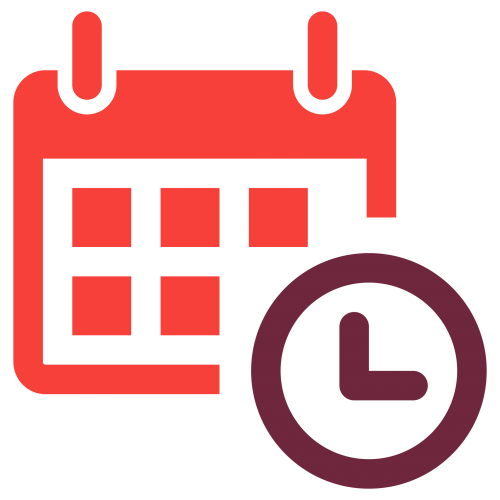 How many hours can you fit in one day? Find out more about how to use your time best. 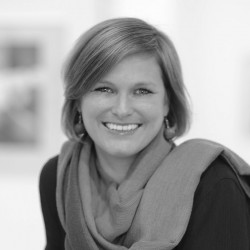 Andrea Maria Huttegger is a freelance journalist based in Vienna and Salzburg, and has studied theatre, film and media sciences, as well as migration management. She likes to travel and has an interest in health, nutrition, exercise and social policies.